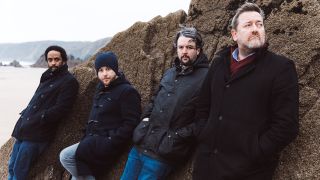 Elbow have announced that they’ll release their new studio album later this year.

It’s titled Giants Of All Sizes and it’ll be out on October 11 through Polydor Records and will be the follow-up to 2017’s Little Fictions.

Elbow vocalist Guy Garvey has described Giants Of All Sizes “an angry, old blue lament which finds its salvation in family, friends, the band and new life.”

A press release adds: “It’s a record that lyrically takes in moments of deep personal loss while reflecting its times by confronting head-on the spectres of injustice and division not just in the UK, but across the world. It is a record that could only have been made in the 21st century.”

Giants Of All Sizes also features the single Dexter & Sinister, which debuted earlier this month.