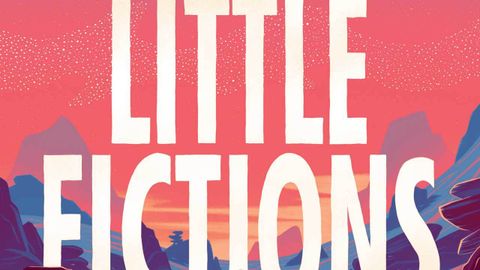 In the wake of their massive success with 2008’s The Seldom Seen Kid, Elbow have become nothing short of national treasures. It’s not just Guy Garvey’s mastery of everyman poetry, crafting a vignette so vivid it instantly feels like a faded snapshot from our own lives, loves and friendships. Nor is it simply the music, the way they’ve made progressive ideas palatable for the wider world in a way that looks effortless. It’s the warmth, the shameless love and affection that shines through every one of their songs that’s made the country take them to their hearts so fiercely. Even in moments of emotional anguish, a state that saturated 2014’s The Take Off And Landing Of Everything, the sadness is delivered with a teary bear hug rather than a swipe of the claws. In a scary world, they’re a ray of kindness that we need more than ever.

They’re a ray of positivity, too, with Little Fictions. When Guy Garvey is happy and in love, we all reap the benefits, and the newly hitched singer (he married actress Rachael Stirling in the summer) is the embodiment of contentment here. ‘Fall in love with me, fall in love with me every day,’ he repeats like a magic spell on Gentle Storm, with its almost latin percussion and marshmallow-soft keyboards. It’s a hymn to domestic commitment as powerful as any vow.

Musically, too, there’s a joyfulness at play. The band composed this as a unit rather than writing separately, and the sense of a collaboration by old friends in perfect unison shines through. The Genesis influence that they’ve always worn as a badge of honour remains in Garvey’s Gabriel-like vocals and the hazy, meandering melodies. And with the departure of drummer Richard Jupp, it’s allowed them to experiment more with percussion, bringing loops and samples to the haunting atmosphere. And progness abounds with the ambitious title track, which swells to eight minutes in the most elegant way.

While the album lacks an obvious mega-hit like the all-pervasive One Day Like This, it’s a subtler, slow burning thing of beauty that begs repeated exploration. The Halle Orchestra are back to provide lush strings, to particularly stirring effect on glorious lead single and album opener Magnificent (She Says) and on the wondrous closer Kinding, which builds from its raw, almost trip-hop percussive base to tug on those heartstrings without mercy. It ends with tambourines rattling to the floor and the band chattering in the studio, offering a sweetly intimate moment that brings them from behind keyboardist Craig Potter’s perfect production job to take a final bow. It’s a glimpse behind the curtain at Oz that reveals not the wizard, but a talented group of men who refuse to retread old ground, pushing themselves ever-further to spread the love.