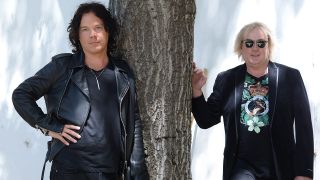 "Come and join us, it should be great fun," says Braide. "Me, Geoff Downes and our special guest David Longdon from the marvellous Big Big Train. And also the new album DBA Live In England is out very soon, so keep an eye out for that."

The gig is timed to coincide with the release of the double vinyl version of the pair's new Live In England album, which was recorded at DBA's debut live performance at Trading Boundaries last year. The standard CD version is released through Cherry Red on November 29.

Tickets for the Trading Boundaries show are priced at £35 for standing, or £65 with the dining option and are available from the venue website.