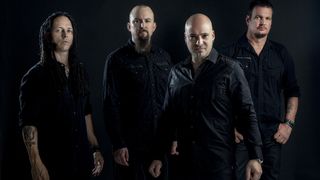 Disturbed frontman David Draiman says he’s been overwhelmed by the reaction to their comeback album Immortalized and their subsequent live dates.

And he also reports Disturbed are playing some of the best music of their careers – and says deciding to cover Simon And Garfunkel’s The Sound Of Silence was a “daunting” prospect.

Draiman tells Fight+Music: “It’s been amazing – the fire has been stoked. We’re performing at a level that I personally believe is unprecedented in our careers. The crowds have been amazing, huge.

“We’ve really been overwhelmed throughout the duration of this cycle with the amount of success that we’ve seen. We’re very, very grateful.”

As for their cover of the classic track, which came with Paul Simon’s seal of approval, the singer adds: “We always want to try and take something that was a colossal hit to begin with – something that’s very memorable, something from a thematic standpoint, from a lyrical standpoint – that jives with some of the things we happen to write about.

“It came together so beautifully and so powerfully, there was no way we could have left it off the album.

“When drummer Mike Wengren made the suggestion to cover the song, it was a daunting suggestion – it’s one of the biggest songs of all time, but it was one that immediately resonated with us and we seized the opportunity.”

Disturbed will recommence their live dates in support of ImmortAlized next month, when they’ll play shows across the US. They’ll return to the UK in January for eight concerts.