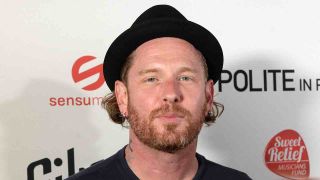 Taylor said that he “secretly” recorded the untitled album with members of his solo touring band, including guitarists Zach Throne and Christian Martucci, bassist Jason Christopher and drummer Dustin Schoenhofer.

Says Taylor: “All five of us did it. We went in and we recorded 25 songs in about two and a half weeks, and we did everything live. And it's dope – really, really cool.

"All the songs are things that I've written over the years but they didn't really fit with either band. So it's stuff that I've just kind of been sitting on. And I realized – I just kind of turned around and I was just, like, ‘Jeez, I've got all these songs.’ And I've been kind of talking about doing a solo album anyway, and I was just, like, ‘This is the perfect time to do it.’

Taylor has previously said that the album would be released in 2021.

Slipknot recently cancelled their summer 2020 tour dates due to the COVID-19 pandemic, including their Knotfest Roadshow, Knotfest UK and Knotfest At Sea plans.