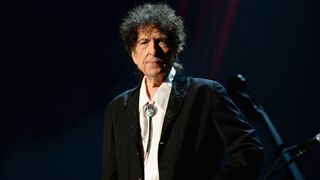 Bob Dylan has been called “impolite and arrogant” for refusing to acknowledge winning the Nobel Prize For Literature.

The singer-songwriter was awarded the honour last week by the Swedish Academy – becoming the first songwriter in history to be named a recipient of the award by the Nobel committee “for having created new poetic expressions within the great American song tradition.”

The academy’s permanent secretary Sara Danius said they had reached out to Dylan but had received no reply.

“Right now we are doing nothing,” he said. “I have called and sent emails to his closest collaborator and received very friendly replies. For now, that is certainly enough.”

Now member Per Wastberg has called out the 75-year-old, according to the Guardian.

Wastberg says: “One can say that it is impolite and arrogant. He is who he is – this is an unprecedented situation.”

In a separate interview with Swedish newspaper Dagens Nyheter, Wastberg adds: “”We were aware that Dylan can be difficult and that he does not like appearances when he stands alone on the stage.”

Dylan is currently on the road as part of his Never Ending Tour following the release of his collection of American songbook classics titled Fallen Angels. The run will wrap up on November 23 at the Broward Center For The Performing Arts in Fort Lauderdale.