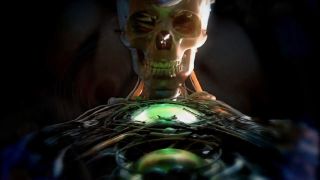 Earlier this week, Tool drummer Danny Carey said that the band’s long-awaited new album should be out in mid-April.

But the wheels are now in motion and it would appear that the Tool machine is gathering pace – as the band’s website  has been updated to show an animation of a rotating, mechanical skeleton which morphs into a weird, breathing skull.

Could it be an album announcement? Maybe they're finally about to reveal that their back catalogue is coming to streaming services – something that first came to light in March 2017 – or perhaps they're just doing a bit of housekeeping to start 2019. We shall see.

Along with the album, Tool are also preparing to embark on a European tour, which will include a headline slot the UK’s Download festival.