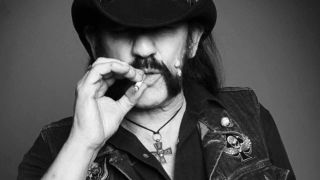 The world of rock and metal was shaken to its core at the end of 2015 when the mighty Ian “Lemmy” Kilmister proved he was mortal after all. The new issue of Metal Hammer is the absolute biggest and best tribute to a genuine hero.

GET YOUR COPY OF METAL HAMMER 280 HERE

Throughout a whopping 20 pages, we pay homage to Lemmy through with the best stories and photos, plus amazing, exclusive tributes and anecdotes from Max Cavalera, Black Sabbath, Slipknot, Guns N’ Roses, Beartooth, Saxon, Children Of Bodom, WWE’s Triple H and many more.

We take a look at every facet of Lemmy’s life from being the original rock ‘n’ roll outlaw, a fashion icon, a road dog and one of the nicest men to ever walk the Earth.

Just as Megadeth unveil their new album Dystopia we step inside the mind of the band’s leader to ask the question on everyone’s mind… who is the real Dave Mustaine? We talk to him about his critics, the appointment of Kiko Loureiro, moving to Nashville, and his views on American politics. Prepare yourselves.

Following the departure of Danny Worsnop, nobody knew what the future held for Asking Alexandria… except for one man. Band founder Ben Bruce never lost his focus for making AA one of the biggest bands on the planet and having fun in the process. Now, with a new album and vocalist, Ben reveals why he’s carried on and how he got here.

The ever-mysterious Ghost came to London to headline the grand Koko venue and we couldn’t take it any more… we had to find out who they are! We went behind the scenes to investigate the cult of Ghost and the man behind the mask and mitre. Is it all a charade or is this the real deal?

We all think of our favourite bands as heroes, but what if they were superheroes?! We talk to the guys and girls in Trivium, Cancer Bats, Babymetal, Cradle Of Filth, Butcher Babies, Linkin Park and more about their dreams of superpowers, killer costumes and their arch enemies. Could they save the day?

But that’s not all, we’ve got loads from Beartooth, Devildriver, Avantasia, Dream Theater, Black Veil Brides, and more!

We’ve also got a MASSIVE double-sided Lemmy poster and a CD packed with the best new bands coming your way this year, including Cane Hill, Toothgrinder, Fallujah, Mammoth Weed Wizard Bastard and more!

Read Metal Hammer the way you want. Instantly read the articles from issue 80 of Metal Hammer and dive into the back issues right now on TeamRock+. Experience the interactive digital edition for your iPhone and iPad or Android device.

Get a copy of Metal Hammer 280 delivered to your door here.