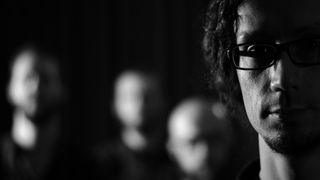 Our Oceans, the project formed by Cynic and Exivious guitarist Tymon Kruidenier, have released their very first promotional video.

Tangled is taken from the band’s 2016 self-titled debut album, and depicts a melancholic story of intense love and deep heartbreak, inspired by an episode in the life of Kruidenier, something that equally appealed to director Job Kuizenga, who contacted the band having heard the track and felt a natural empathy with it.