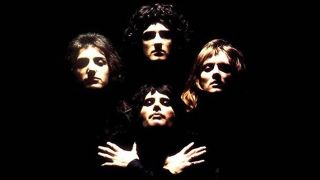 On 9 January, 1971, Kevin Ayers and Genesis played a show together at the Ewell Technical College near Epsom in Surrey. Ayers was 18 months out of Soft Machine, and making a name for himself as a psychedelically-inclined art-folk rake. Genesis had released their second album, Trespass, a few months earlier, and were carving out a place in the vanguard of the burgeoning progressive rock movement.

There was a third band propping up the bill that night, a bunch of transplanted Londoners calling themselves Queen. In contrast to the wilfully artful approach of the headliners, their music was more straightforward: a heavy, if ornate blend of Led Zeppelin’s earthiness and the flights of fancy of Yes.

Not everyone in the small crowd watching them was impressed, but they caught the attention of one person. After the show, Genesis frontman Peter Gabriel pulled Queen’s blond-bombshell drummer Roger Taylor to one side. Gabriel’s band were about to dismiss their own drummer, John Mayhew, and were looking for a replacement. Was Taylor interested in joining Genesis? The reply was instant: thanks but no thanks. Taylor was utterly dedicated to Queen – there were gigs to play, places to go, and many musical adventures to embark on.

Had Taylor accepted the offer, the course of music – and specifically prog – would have been very different. Genesis would have flourished with Gabriel upfront, though whether they would have survived and prospered as they did without a Phil Collins to step into the breach after their talismanic singer’s departure was another matter.

The knock-on effect on Queen would have been greater. Taylor was an essential part of their carefully balanced four-way chemistry; a chemistry that would go on to throw up some of the most ambitious and game-changing music ever recorded. While Queen weren’t a capital ‘P’ prog band, they were infused with the spirit of the movement, combining its forward-looking values with its absolute disregard for the existing rules. Taking their cues from the likes of Yes, Genesis, Van der Graaf Generator and even Pink Floyd, their flamboyantly cavalier approach would go on to inspire such modern masters as Dream Theater, Queensrÿche and Muse. And, in Bohemian Rhapsody, they ensured that one of the biggest-selling singles in history was, at heart, a prog song. Forget the luxuriant moustaches and sawn-off mike-stands that would come to define them: if the prog ethos meant avoiding the expected, then Queen were definitely a prog band.

Queen’s schooling in prog came early on. Brian May’s very first band, 1984, played a 4am slot supporting Pink Floyd at the Christmas On Earth Continued all-nighter in 1967. A year later, his next outfit, Smile – also featuring Roger Taylor – played with Floyd again, this time at London’s Imperial College. By the time of their gig opening for Kevin Ayers, Smile had changed their name to Queen and recruited Freddie Mercury. Collectively, they admired Yes, Van der Graaf Generator and especially Genesis. “Foxtrot is a prog rock classic,” Roger Taylor later wrote in the sleevenotes to Genesis box set 1970-1975. “Arrangements were highly complex in these early days, setting a benchmark for the style of the times.”

When it came to finding someone to produce their debut album, Queen’s first choice was John Anthony, who had worked with both Genesis and Van der Graaf. With Anthony and co-producer Roy Thomas Baker behind the desk, the eponymous album trod heavily in Led Zeppelin’s footsteps. But there was another, altogether more visionary band straining to spread their wings: My Fairy King was a filigreed slice of flamboyant rock’n’roll, while Liar metamorphosised through several different time changes and timings.

Those wings were fully unfurled on the follow-up, 1974’s Queen II. The title was the most prosaic thing about the record: the music inside was as fevered and baroque as rock gets, informed equally by Zeppelin, Yes and crazed Victorian artist Richard Dadd, whose 1864 painting The Fairy Feller’s Master-Stroke inspired one of the album’s most prog-leaning tracks. It may have been rooted in the heavy rock of the times, but its cavalier approach and sheer sense of scale pegged Queen as a defiantly progressive proposition.

“Queen weren’t like Yes, who had a dualistic role of guitar and keyboards, where both shared the terrain,” says Yes guitarist Steve Howe, supported by Queen at Kingston Poly in early 1971. “Brian had the terrain to himself. The remarkable thing was that he was the front and the back man. It required him to come up with more than guitar solos… He had to come up with a semi-thematic approach to play the guitar. And what he did was keep colouring.”

Queen’s prog inclinations would be deeply woven into the fabric of their early albums, from the audacious multi-part theatrics of Queen II’s March Of The Black Queen to the schizophrenic attack of the two-part Lap Of The Gods from 1974’s Sheer Heart Attack. Even in their more commercial moments, they marched to the beat of their own drum. What other band would have dared serve up something so unusual as Killer Queen?

“It was their diversity,” says Mike Portnoy, who first heard Queen as an eight-year-old in the mid-70s and covered many Queen songs while in Dream Theater. “Their albums took the prototype that The Beatles laid down with the White Album, where you had four different artists bringing in very different styles. Every song was so diverse. You get to A Night At The Opera, and you had this giant multi-layered epic like Bohemian Rhapsody next to something like Seaside Rendezvous or Love Of My Life.”

A Night At The Opera was Queen’s grand artistic statement and their most unashamedly prog album. Pitched around the epic twin tentpoles of The Prophet’s Song and Bohemian Rhapsody, it married their far-reaching vision to a distinctly British barminess. Taken on its own, the eight-minute The Prophets Song, with its incredible ornate a cappella middle section, would be enough to grant Queen access to the Prog Hall Of Fame. But even that sits in the inescapable shadow of Bohemian Rhapsody. Time and success might have lessened its impact, but that song remains the most dazzlingly unique piece of music ever to sell five million copies.

“There are epic things that come along every so often,” says Steve Howe. “There’s Sgt Pepper, there’s Bridge Over Troubled Water. And there’s Bohemian Rhapsody. I don’t know when I first heard it, but once it was there, it was such a formidable thing. You’re thinking: ‘How many tracks did they need to do those vocals? How did they write it? Who invented it? It really was astounding.”

Bohemian Rhapsody encapsulated one of the key things that gave Queen such a distinct identity. Like The Beatles and Beach Boys before them, they used the studio as an instrument – not least when it came to their vocals. And Bohemian Rhapsody raised the bar about as high as it could go.

“They sang each of those parts and triple-stacked them,” says Mike Portnoy. “You heard all three of their voices singing in all three vocal ranges. That’s what made the depth of their music so complex. It wasn’t the instrumentation, it was the vocals. That’s unusual for prog music. When I think of my favourite prog music, it’s always the musicianship that draws me. But with Queen, it was the vocals. It was so deep.”

For all its success, A Night At The Opera would be Queen’s grand kiss-off to their prog roots. Later albums streamlined their sound into a more conventional format. Much like Genesis, the 80s found them swapping experimentalism for chart rock.

It wasn’t until the end of their career as an active band that Queen would again sound so adventurous. During 1989 and 1990, the band began work on their penultimate album, Innuendo, in London and Montreux. In the summer of 1990, Yes guitarist Steve Howe paid a flying visit to the Swiss city, where a chance encounter with a former guitar tech found him being invited to Queen’s studio to hear the album as a work-in-progress.

“Inside, there’s Freddie, Brian and Roger all sitting together. They go: ‘Let’s play you the album,’” says Howe. “Of course, I’m hearing it for the first time: I Can’t Live Without You, I’m Going Slightly Mad. And they saved Innuendo itself until last. They played it and I was fucking blown away.”

If that was surprising, then what happened next was utterly out-of-the-blue. The members of Queen asked if Howe wanted to play on the title track. The Yes man politely suggested they’d lost their minds. It took the combined weight of Mercury, May and Taylor to persuade him.

“They all chimed in: ‘We want some crazy Spanish guitar flying around over the top. Improvise!’” recalls Howe. “I started noodling around on the guitar, and it was pretty tough. After a couple of hours, I thought: ‘I’ve bitten off more than I can chew here.’ I had to learn a bit of the structure, work out the chordal roots were, where you had to fall if you did a mad run in the distance; you have to know where you’re going. But it got towards evening, and we’d doodled and I’d noodled, and it turned out to be really good fun. We have this beautiful dinner, we go back to the studio and have a listen. And they go: ‘That’s great. That’s what we wanted.”

Released as a single in January 1991, Innuendo gave Queen their third Number One single. Like Bohemian Rhapsody 25 years before it, it was as unlikely as hit singles get: a six-and-a-half minute musical jigsaw, complete with flamenco runs, classically-inclined orchestral overloads and maverick 5/4 timing. Queensrÿche covered the song on 2007’s Take Cover album, while you can hear its echo in Radiohead’s Paranoid Android and Muse’s more elaborate sci-fi epics.

“In the world of rock, Queen stands out as a good example of the clash between guitar and piano in songwriting,” Muse’s Matt Bellamy has said. “I think that’s where you stumble across those more unusual arrangements and chord structures.”

Today, Queen have left a bi-polar legacy. They’re arguably best known for their pop hits – Radio Gaga, I Want To Break Free and of course, Bohemian Rhapsody, that ultimate prog Trojan Horse. But their spirit of adventure remains unmatched by all but the boldest of their peers.

“There was no rulebook for Queen,” says Mike Portnoy. “They broke most of the rules that existed, and then they wrote a new set.”