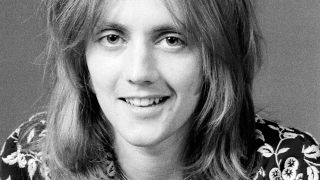 Queen’s Roger Taylor was always more than just a drummer. With all four members of the band writing songs, competition was fierce, and Taylor more than held his own. Think of iconic Queen moments, and one would surely be Queen's Live Aid crowd at Wembley Stadium spontaneously performing the hand-clapping sequence for Taylor’s Radio Gaga as the band stole the show.

Below, we have a very quick Q&A with Taylor, plus put his five best songs under the spotlight.

So, Roger Taylor: What’s the best song you wrote for Queen?

Hard to say. I like Radio Ga Ga. It was a nice fusion of synthesisers and… what can I call it… epic pop.

There’s a few. I hate Delilah [on Innuendo]. That’s just not me.

Was Modern Times Rock ’N’ Roll, on the first Queen album, the first song you wrote for the band?

Yeah. Although before that we’d all written Stone Cold Crazy together. I think that was our first proper song.

Five of Roger Taylor’s best songs are featured below…

Taylor pitches into the creative free-for-all that was Queen’s Sheer Heart Attack with this ode to girls, guitars and teenage rebellion. Not just one of the best songs on the album, but also one of Queen’s best.

Queen - I’m In Love With My Car

An earthy riposte to the highfalutin operatics of A Night At The Opera, this petrolhead’s anthem manages to rhyme ‘forget her’ with ‘carburettor’ and still sound cool. It appeared on the Bohemian Rhapsody single, making it one of the most successful B-sides in history

Gloriously laidback semi-ballad from 1976’s A Day At The Races, in which an elderly Taylor looks back on the ‘the brighter sun and easier lays’ of his youth through a fug of Panama Red smoke. Rosetinted nostalgia at its best

Taylor went all new wave on his solo debut, 1981’s synth-speckled Fun In Space, but he could still pull out anthemic rock’n’roll when he needed to, as this edited version of album highlight My Country I & II proves.

Taylor’s rock-orientated side project The Cross were consistently mauled by the press, but they still hit the occasional home run. Not least this slow-burning track from the band’s second album, Mad, Bad And Dangerous To Know, which shows off Taylor’s gravel-throated voice at its most… well, gravelly.

News Of The World: How Queen rose from the ashes