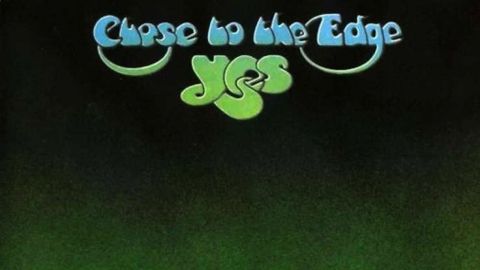 It has been said that when Mozart was told by Emperor Joseph II that his new opera had “too many notes” he replied: “Only as many as necessary, your highness.” Moz also suffered reviews calling his music “overloaded and overstuffed” and “impenetrable labyrinths”. Some of this may sound familiar to Yes, whose 1972 grand opus still pulls off the considerable trick of sounding unfamiliar today. “When we did Close To The Edge, I was in heaven,” Jon Anderson has told Prog, “and that still comes off the record...”.

This deluxe edition arrives shortly ahead of the bonus-laden 12-album box set Yes – The Studio Albums 1969-1987, which gathers the goods from Yes through to Big Generator. A dazzling dozen, for sure. Through all that canon, the band were rarely more confident and ambitious than when making their fifth, as they rode high after Fragile.

This was the one, they decided, where they’d ignore boundaries. The egos and individuals involved clashed consistently throughout three months of recording in London. Yet the classic line-up of Anderson, Howe, Wakeman, Squire and Bruford (who left upon its completion, believing they’d peaked) conjured up a euphoric album of rare complexity and cohesion, still frequently referred to as the zenith of progressive rock. Lots of notes, sure, but only as many as necessary. Anderson has said that, despite disputes, they were “all very connected to each other” and even the self-deprecating Wakeman rates it as their best work. “No-one has ever come close to it,” says Trevor Horn, a fan at the time.

It initiated the band’s fashion of focusing albums around one epic centrepiece, in this case the 19-minute title track, which, in four joined sections, oozed spirituality – inspired in Anderson by Herman Hesse’s book Siddartha. It was clearly thought-through, with co-producer Eddie Offord splicing multiple sections of tape into a whole: although the band could, technically, play it all, they realised they could perfect a piece at a time, then patch them together. This itself was no mean feat in the pre-computer age.

With the atmospheric And You And I (Howe and Wakeman dovetailing beautifully) and decidedly funky Siberian Khatru (Squire crunching manfully) constituting side two, the album is a masterpiece of blazing but controlled frenzy. “Even if we’d just done that (album) and then stopped,” Steve Howe has told us, “I think people would still be talking about it today.” And still noticing new things within it.

One famed fan still finding fresh light and shadow in its mostly bustling, sometimes quasi-religious shapes is Steven Wilson, the go-to-guy for remasters. On this edition, which comes with new booklet, notes and photos, he offers a band-approved 5.1 surround mix plus a new high-res stereo mix. There is also an early mix/studio run-through of the title track, plus an studio run-through of the title track, plus an impressive polish-up of their take on Simon & Garfunkel’s America. It’s hard to explain, without overloading on studio jargon, why these sound so fantastic. Shiny-clean and crisp, yes, but without sacrificing any of the music’s innate mystery and magical overlapping interplay. Fresh nuances emerge, and far from diluting the appeal they actually enhance the purity.

It turns out that Yes don’t half scrub up well. Wilson’s wand somehow makes the vintage more visceral. From the studio run-through (without the final water and birdsong effects) we glean that originally Howe’s guitar was (even) busier, the rhythms heavier, the voices more tentative. When the band all re-enter after the ambient hums (soon after 13 minutes), on this version there’s a foreshadowing of the more aggressive The Gates Of Delirium. It’s a fascinating document, but it’s the dusted-off original you’ll return to, marvelling at its strength and sweetness.

Part of the wonder of Close To The Edge is the way it starts at such fever pitch, challenging you to doubt it can keep on rising. Here, again, it just keeps daringly dancing on that precipice, never falling off.