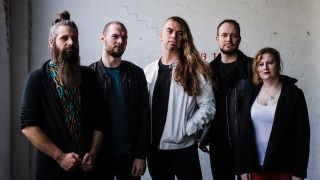 Australian prog rockers Voyager have released a live isolation playthrough video for Disconnected. The song is taken from the band's 2017 album Ghost Mile, which is being reissued by Season Of Mist on July 10.

"Being disconnected from each other over the COVID-19 lockdown has been tough," says bassist Alex Canion. "Some of us actually forgot just how hairy Ash’s face was! So by the power of Australia’s infamous National Broadband Network and the good ol’ spirit of heavy fucking METAL, we bring you a disconnected, yet connected DISCONNECTED.... or something like that.”

Commenting on the forthcoming reissue, the band say: "What a Wonderful Day. Whilst we're all feeling a bit Disconnected, why don't we take a walk down To The Riverside and take in the Fragile Serene? This will prepare ourselves for the limited edition vinyl pressing of Ghost Mile, which goes on sale this Wednesday! This Gentle Earth is recovering from a huge ordeal, and  we want to extend a Lifeline during this time. Misery is Only Company, and soon the darkness will give way to Ascension playing through your speakers on July 10th. So As the City Takes the Night, head to our Bandcamp or to Season of Mist’s online store to claim your copy."

The digipak version of Ghost Mile will contain three bonus tracks which were recorded during the Voyager show at ProgPower in 2017.