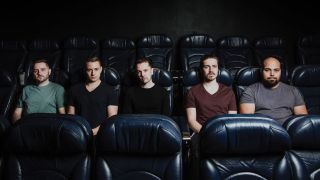 British prog metallers band Valis Ablaze have announced a headline tour across the UK in support of their second album Render, that will be released on July 19 via Long Branch Records.

"We're very excited to play longer sets with more new songs across some fantastic cities this autumn," says Valis Ablaze guitarist Ash Cook. "The Render material is some of the most challenging music we've written in every aspect and we're working hard to deliver an improved live show to accompany our more refined sound.

"With the album concept mostly reduced to the lyrics, we'll really enjoy the more riff-oriented direction we get to take on this album cycle... you'll soon see what we mean."

With support from Derange, catch Valis Ablaze on one of he following dates:

The band are also appearing at the following festivals this year: