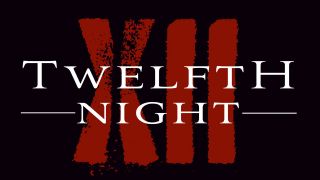 Neo-prog rockers Twelfth Night have announced a free download album for fans and added more releases from their catalogue to their Bandcamp site.

Nice Enough To... Join In? features a collection of material from both Twelfth Night and individual band members over the years, including Twelfth Night's own Requiem, C: Live Collective's The Fifth Estate, Geoff Mann's For God's Sake, Andy Sears' Carapace and more.

{"The title, Nice Enough To... Join In? as those of you of a certain age may realise, is a conflation of the titles of the first two Island Records sampler LPs released in 1969," explains drummer Brian Devoil. "These albums introduced me to a number of artists whose music has stayed with me ever since...

"It is a collection of tracks from various past and present members of Twelfth Night designed to introduce you to various tunes that you may not yet have discovered. We have also included a couple of lesser-known TN tracks. Hopefully you will love every one, but in any case we hope it will interest you enough to investigate the parent album further. All these albums can be found on our Bandcamp page."

Two Eh! Geoff Man Band albums, Loud Symbols and Ministry Of The Interior have also been added to the band's Bandcamp page, as well, as Andy Sears' debut solo album Souvenir and latter-day member Dean Baker's Constellations, as well as the previously mentioned Twelfth Night album Art & Illusion, the first to feature Sears as vocalist. And the band's 1983 set from Reading Festival is also available.