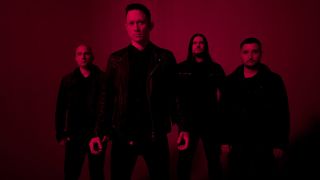 Trivium have released a tour recap video which also showcases their track Betrayer.

The song features on the US outfit’s eighth studio album The Sin And The Sentence, which launched in October last year, with the new video looking back at their recent North American tour.

Vocalist and guitarist Matt Heafy says: “My favourite song to play on this run was probably Betrayer.

“What I love so much about that song is that it has everything that is Trivium in one song and goes out even further in different directions that we’ve never really gone before. I think that’s such a great thing.”

Trivium will tour across the UK and Europe from next month in association with Metal Hammer. They’ll be joined on the road by Code Orange, Power Trip and Venom Prison.

Metal Hammer editor Merlin Alderslade says: “Heavy music is on absolute fire right now, and this bill proves it. Metal Hammer couldn’t be more delighted to be supporting our brothers in Trivium alongside three truly excellent young bands on a tour that is going to tear 2018 to shreds.”