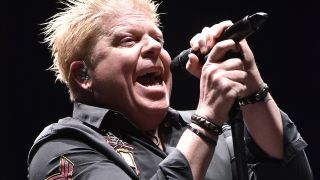 Punk rock outfit The Offspring have announced their 10th studio album – their first release since 2012's Days Go By.

After an attempted release in 2019, The Offspring guitarist Noodles recently confirmed details of the new album to Halifax Today while promoting their ongoing headline tour with Sum 41 and Dinosaur Pile-Up.

Describing the process of the new album, Noodles told the website: "The evolution was really slow. We’ve moved back to playing music we fell in love with and finding a way to keep it fresh. Punk rock was there when we were young, trying to figure out where to go and what to do.

“We also always wanted songs you could play along to, and ones you’d get stuck in your head.”

Noodles also said the album has been completed and it'll soon be ready for release.

He says: “The artwork needs to be done and we have a rough tracklist. We’ve even gone and done more music since. We just need a distribution deal, and we want that done by the end of the year. Then we can release early next year.”

In September, The Offspring played a virtual gig inside popular Wargaming MMO game World Of Tanks.

You can currently catch The Offspring on tour across Canada, with dates planned into December.

The band also have several European festival slots booked for next summer, including an appearance at Download UK.