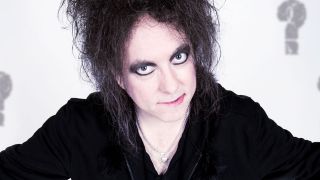 Robert Smith has revealed that his band The Cure have booked studio time to demo new songs together next month, in an interview with BBC 6 Music.

The decision to reunite the band was apparently inspired by his involvement in curating this year's Meltdown Festival at the Southbank Centre.

Smith told BBC 6 Music: "I’ve listened to more new music in the last six months than I ever have... I’ve suddenly fallen in love with the idea of writing new songs, so it’s had a really good effect on me."

"I booked some time to do some demos next month. Some of it’s really good, some of it not so good... I never wanted to be in a position where I was forcing myself to write, I’ve never felt comfortable with that.”

Smith also revealed that he will be headlining this year's Meltdown festival with Cureation-25, a one-off performance which will see him joined by "four curious friends" for a two hour show at the Royal Festival Hall.

Other acts confirmed today include Death Cab for Cutie, Suzanne Vega, Low, Loop and The Joy Formidable. They join the previously announced acts, including Deftones, Nine Inch Nails, My Bloody Valentine on the festival's 10-day bill.

Smith said of his experience curating the festival: "I have finally figured out my Meltdown festival psychedelic puzzle… and it really is just like heaven. Ten delirious June days at London’s Southbank Centre await!"

Listen to the BBC 6 Music interview in full below.