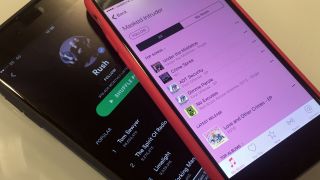 Revenue from music streaming grew in the UK by 49% last year while overall music sales and money raised through live shows fell.

A report by Measuring Music for the industry’s umbrella group UK Music shows that streaming revenue brought in £251million in 2015 via services such as Apple Music, Spotify and Deezer. Measuring Music say streaming is “the key to renewed and continued growth for British music and its artists globally.”

The report also reflects on YouTube’s rate of pay to artists, which has come under fire from various rock groups this year – most notably Sixx AM, Radiohead and Anthrax.

UK Music Chief Executive Jo Dipple says: “The YouTube model, despite its reach, is yet to deliver fair financial returns for rights owners and creators.”

The report is published as the UK government prepares to debate the Digital Economy Bill in the House of Commons on September 13 (Tuesday).

Overall, the contribution of the UK music business to the British economy was £4.1bn, a growth of just 0.5% and falling behind GDP (gross domestic product) growth.

Meanwhile, the music industry has issued a plea to politicians to protect the UK’s status as one of the world’s biggest exporters of music as they continue negotiations to leave the European Union following the Brexit referendum result.

In 2015, exports of British music rose 3.4% and Ms Dipple says policies must be put in place to ensure this continues.

She says: “The UK needs to solidify its new post-Brexit place in the world and music will undoubtedly be part of the glue that does this.

“Our export profile is astounding which is partly why music, like sport, gives the world an understanding of our small country.

“UK Music’s goal is to work with government to convince them to give us policies as good as the music we produce.”