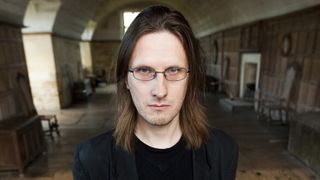 Steven Wilson allowed his music to become available on music streaming services after he performed a live tribute to Prince the day he died – and realised a large part of the audience didn’t recognise the music.

Wilson this month released his solo catalogue via Apple Music, Spotify, Google Play, Deezer and Tidal, after years of holding out against the platforms.

He’d decided his concerns over digital distribution were outweighed by the importance of having his music heard.

Wilson tells PopMatters: “When Prince passed away I was in Vienna with my band. We heard about a half hour before we went on stage.

“I was very affected by that – Prince, for most of the 80s, was my number-one musical hero. That night I tried to do a little tribute.

“I remember introducing the song, and it became obvious that about 50% of the audience didn’t really know who Prince was. Maybe they’d heard the name and a couple of hits, but that was about it. I asked myself, ‘How could that be?’”

He concluded that Prince’s aversion to streaming services had been a major factor. “I think that affected his mainstream profile – that’s why a lot of young people didn’t know much about who Prince was. Most of his music was unavailable.”

Wilson noted the change in the weeks that followed, as more Prince material was uploaded. He concluded: “Being available on streaming services is a way to expand your audience and expand awareness of what you do.

“Conversely, to be absent from them is almost to write yourself out of history.”

He retains concerns about sound quality, about music being heard outside the album context, and about how digital platforms are impacting the album format.

But he says: “The reality is, if my music continues to be absent from the services, then it will not proliferate in the way that I would like it to.

“Ultimately, all the arguments against being on the services are rendered moot by one overriding fact: I want people to hear my music.”

Wilson – who recently started work on the follow-up to last year’s Hand. Cannot. Erase. – will play in Spain and Italy next month.

Arjen Lucassen: Steven Wilson said my music was too old-fashioned