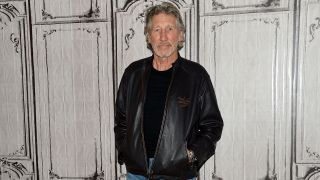 Roger Waters has been signing copies of his deluxe The Wall box sets under names such as Jimmy Smith and Johnny Dodds.

Waters’ manager Mark Fenwick replied to a fan’s query regarding the autographs (via UCR): “Roger’s ‘autograph’ is genuine and what is more, that in the style of signing, it’s totally unique to the limited edition of this package.”

Meanwhile, Waters will appear at Desert Trip alongside the Rolling Stones, Paul McCartney, Bob Dylan, Neil Young and The Who in California this October.