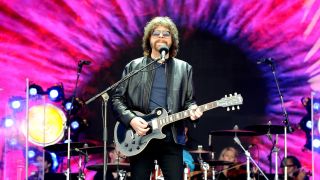 The band played a set at Glastonbury’s Pyramid Stage at the weekend and also performed a string of shows across the UK earlier this year, including three gigs at London’s O2 in support of 2015’s Alone In The Universe.

Prog said of the album: “These 10 tracks, frequently shimmering with Lynne’s dedication to the likes of Del Shannon, Roy Orbison, and yes, a touch of The Beatles, do more to uphold ELO’s pristine legacy than much of those last two records.”

Tickets go on general sale on Friday via LiveNation.

King Of The Universe: Jeff Lynne On ELO's Unlikely Comeback