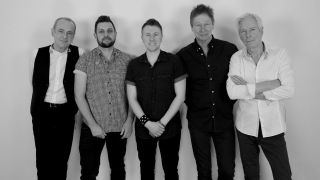 It’s titled Backbone and it’ll launch on September 6 through earMUSIC/Edel.

Rossi says: “This new material had to be seriously good. Quo have achieved so much and meant so much to too many people for the quality to slip now.

“The energy that he and drummer Leon Cave bring to Quo can’t be underestimated. I wasn’t sure I had another album in me but I couldn’t be more proud of Backbone.

“I hope the fans love it, but you can’t please everyone and I’m not going to start trying to now.”

In addition to the album news, it’s also been announced that Status Quo will play at BBC Radio 2’s Festival In A Day show, which will take place at London’s Hyde Park on September 15.

Backbone is now available to pre-order. Find details below.

Status Quo: Backbone
Status Quo are back with their 33rd studio album. It'll be the band's first since the death of Rick Parfitt and their first record since 2016’s Aquostic II: That’s A Fact.View Deal