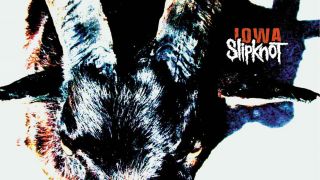 A Metal Hammer panel of critics, bands and readers have voted Slipknot’s Iowa as the greatest album of the 21st century.

The band’s second album was released in 2001 and went on to become a huge international success, spawning hits including Disasterpiece, The Heretic Anthem, People = Shit and Left Behind.

A special feature called the 100 Greatest Albums Of The 21st Century is the cover story in issue number 286 of Metal Hammer magazine, which is out now in print and via TeamRock+.

Readers and bands cast their vote in the huge poll, with the results laid out in full in the magazine alongside analysis from the artists themselves.

On what Slipknot were trying to achieve with Iowa, frontman Corey Taylor tells Metal Hammer that they did not want to put out a re-hash of their 1999 self-titled debut and its hit single Wait And Bleed.

Taylor says: “Everyone and their mom was trying to get us to write 10 more Wait And Bleeds, but fuck you, we’ve already done that. Why would we want to do it again?

“For us, it was really about being rabid, being wasted, and still being young enough to back it up. Our whole goal was to go in and make this dense, destructive album. We had no idea how destructive it was going to be.”

Taylor believes they more than hit their goal on Iowa. He says: “You can hear the bile in it, you can hear the frenetic passion for what we were trying to do. I think we overshot it… I think we bypassed what we were trying to do and achieved something completely different, which was to create the heaviest album that would be picked up by a popular audience who didn’t really know what they were getting themselves into.”

“It’s outrageously raw and pissed off and gross and awesome. I was 18 when I heard it and was just like, ‘What is this? This is insane.’

“Every song is perfect. It’s one of the most iconic metal albums in the last many, many years.”

System Of A Down, Lamb Of God, Behemoth, Deftones, Marilyn Manson, Iron Maiden and Gojira are among the other acts to make the list.

Slipknot have a number of tour dates still to come in 2016.

The new issue of Metal Hammer – counting down the 100 greatest albums of the 21st century – is available here.