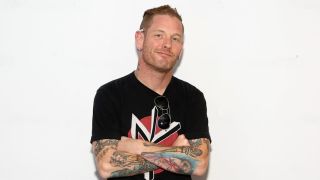 The frontman is also intrigued with bandmate Shawn ‘Clown’ Crahan’s idea of making a concept album in the style of Pink Floyd’s The Wall or The Beatles’ Sgt Pepper’s Lonely Hearts Club Band.

Taylor told fans in a Q&A in Hollywood on Sunday: “I’ll give you a little glimpse of the future of Slipknot. First of all, more than likely, we’ll continue to work with the two new people we made .5: The Gray Chapter with – who, I’m sure you’ve read, are Jay and Alex.

“We’re going to tour until June next year. We’re going to go around the world again then come back to the States. That will more than likely wrap up the tour cycle.”

After that he’s planning to focus on Stone Sour’s sixth album while Clown works on his movie ideas and other band members pursue their own projects. It’s thought the Slipknot hiatus could last two years before they regroup.

Taylor added: “We’ve been talking about a double concept album. I don’t know if we could – but it’s an interesting idea. They told me to start thinking of an idea for a story. So we’ll see what happens.”

The band are about to commence a US tour with Lamb Of God, Bullet For My Valentine and Motionless In White.