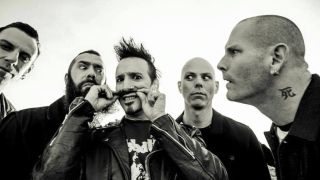 The frontman describes the new material as “a little more rock’n’roll” and says he’ll turn his attention to it full-time once Slipknot’s touring cycle for .5: The Gray Chapter comes to an end next year.

Taylor tells Eddie Trunk (via Blabbermouth): “It’s kind of going in a different direction than the older stuff — a little more rock and roll, a little more expanding the range again.

“I’ve got Slipknot until June of next year. So it’s gonna be kind of, where I can, filling in the blanks and getting everything ready for when that happens.”

This week, Stone Sour revealed the artists they’d be covering on the next two EPs in their Burbank series. Lzzy Hale features on a version of the Rolling Stones’ Gimme Shelter on the second EP, entitled Straight Outta Burbank.