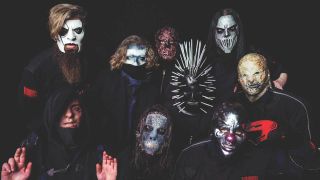 In a move that will likely come as a surprise to no one, Slipknot have officially cancelled their summer 2020 tour dates.

The cancellations apply to all the dates the band had lined up for this summer, including their Knotfest Roadshow, Knotfest UK and Knotfest At Sea plans.

The band issued a statement via social media which read: "Unfortunately Slipknot's summer 2020 touring, including the North American Knotfest Roadshow, Knotfest UK and Knotfest At Sea, will not be happening.

"The band looks forward to performing for its fans again, and will do so when everyone's safety can be assured.

"All ticket holders will be emailed directly with refund options, Knotfest At Sea purchasers will be contacted with postponement information."

No further details about possible postponed dates have been issued at this point.

At the start of March, Slipknot were forced to pull the plug on their Asian tour due to the coronavirus outbreak.

The move also meant that Knotfest Japan 2020 was postponed. Shortly after, they announced the festival will return in 2021 – and confirmed the lineup and dates.

The event will take place on January 10 and 11 in Tokyo and not only will Slipknot headline both days, but they’ve confirmed that artists including Marilyn Manson, Crossfaith, Suicide Silence, Anthrax, Babymetal and Man With A Mission will be joining them.

For further details and tickets about the 2021 event, visit the official website.