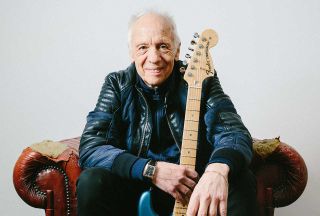 Robin Trower has announced a tour of The Netherlands, UK and France for April. The 10-date run kicks off on April 15 in Verviers, Belgium, and climaxes in Cleon, France, on the last day of the month.

"It seems such a long time since we have had dates in the UK and Europe and I’m really looking forward to the tour," says Trower. "I am expecting to have a lot of fun. We will be playing some songs from the latest album, Coming Closer To The Day.

"2019 was taken up with the US tour last spring and the remainder of the year recording and finishing the next album. This is due for release toward the end of summer.”

"I’m saying that I’m nearer the end than the beginning,” adds Trower, who is 74. “But that doesn’t scare me. Not at all. If I went tomorrow, I’d feel like I’d been blessed with being able to achieve an incredible amount as a musician."