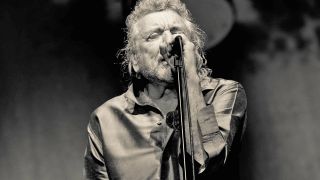 The two-disc collection will bring together 30 tracks from the former Led Zeppelin frontman’s solo career, and will include three previously untitled tracks: Nothing Takes The Place Of You, Charlie Patton Highway (Turn It Up - Part 1) and Too Much Alike, which features Patty Griffin.

Digging Deep: Subterranea will launch on 2CD and on digital and streaming platforms on October 2 through Plant’s Es Paranza label.

The collection will span tracks from all 11 of Plant’s solo albums and include songs he recorded with Jimmy Page, Buddy Miller, Phil Collins, Nigel Kennedy, Richard Thompson and Strange Sensation/The Sensational Space Shifters.

Today’s announcement coincides with the launch of the third season of Plant’s Digging Deep podcast. Five new episodes will premiere every two weeks and all were recorded earlier this year with BBC 6 Music’s Matt Everitt before a live audience at London’s Rough Trade East.