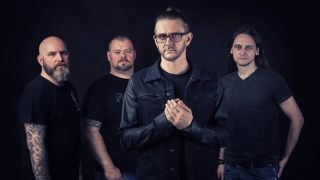 Riverside have been announced as Saturday headliners for next year’s Rosfest.

The Polish prog outfit return for their second headline slot at the event in Gettysburg, Pennsylvania, after they also took top billing in 2013.

Rosfest 2016 takes place on May 6-8 at The Majestic Theater and other acts confirmed for the event include Magic Pie, The Electric Strawbs, 3rDegree, Circuline, Perfect Beings, Dave Kerzner, Bent Knee, Comedy Of Errors and No More Pain.

On Riverside’s inclusion, Rosfest organisers say: “There are a few bands out there with a strong reputation and a solid following that will always be considered as headliners if they are available. Riverside is one such band, and we’re happy that they agreed to headline at Rosfest again in 2016.”