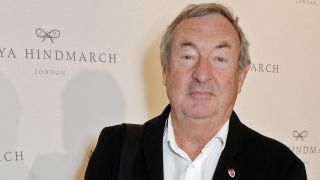 Nick Mason believes Pink Floyd’s final album The Endless River won’t translate to the road – and so the band are unlikely to tour.

The record, released on November 10, is based on material left over from 1994’s The Division Bell and heavily features work by late keyboardist Rick Wright. Mainman David Gilmour recently said it would be their last-ever release.

Now Mason tells Gigwise: “It would be fun to play live, but it doesn’t actually lend itself to a proper tour. It’s something you could play in the UFO Club in 1967. It certainly isn’t a stadium event – and without Rick it’s probably impossible.

“The nature of it is that a lot is designed there and then. You wouldn’t want to repeat what was on the record; it’s not something where you learn it and play it.”

Asked directly whether Floyd will tour the album, he replies: “I don’t think so.”

He’s happy with The Endless River being described as a “sister album” to The Division Bell, but adds: “You wouldn’t recognise it as such. The way it’s put together, and in many ways the way that it’s played, it’s very much a band playing together in the studio. It’s very old-fashioned.”

The album has already become the most pre-ordered title of the year on Amazon, and could yet top the the all-time chart. Pink Floyd are the cover artists of the current edition of Prog, on sale now.