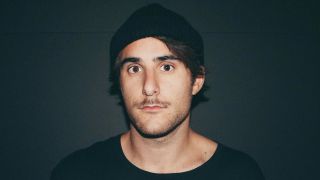 But no decision has been made on whether he’ll remain part of Hayley Williams’ outfit.

He quit along with brother Josh in 2010, following the release of third album Brand New Eyes the previous year. The pair said they’d become tired of being a “manufactured product” and accused Williams’ management of manipulation.

She recently posted several pictures of Farro – who’s now with HalfNoise – hanging out with her band, but stopped short of offering official confirmation.

Farro tells Idobi: “They’ve asked me to play drums on their new album. It’s no joke that I’m back, just playing drums for them, alongside doing my HalfNoise stuff.”

He says of the future: “That’s literally all it is right now. No one’s really asked because I’ve kind of deterred the question.

He says the bandmates have remained friends despite “a little bit of weirdness because I left,” but adds: “All that stuff is not even there any more.

“There’s no hard feeling and it’s just been rad and fun.”