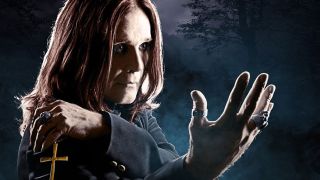 The vocalist was forced to postpone his entire 2019 tour itinerary after falling at home and aggravating an old injury sustained during his 2003 ATV accident, just as he was recovering from a bout of pneumonia.

Ozzy will kick off the run at Nottingham’s Motorpoint Arena on January 31 and wrap up with a set at Zurich’s Hallenstadion on March 16.

The vocalist says: “I’m really looking forward to getting back to Europe for these shows. Thank you to all the fans for sticking with me and waiting for the new dates to be announced. I can’t wait to see you all next year.”

Tickets remain valid for all rescheduled tour dates, with the exception of the now cancelled Barcelona and Frankfurt shows, while further tickets will go on sale this coming Friday (May 3) from 9am.

Judas Priest, who were due to support Ozzy at this year’s shows, confirmed recently that they would be with the singer for the 2020 concerts.