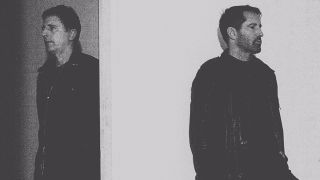 1. Shit Mirror
2. Ahead Of Ourselves
3. Play The Goddamned Part
4. God Break Down the Door
5. I’m Not From This World
6.Over And Out

It’ll launch on June 22 and will complete the trilogy that began with 2016’s Not The Actual Events and 2017’s Add Violence.

In addition, the band have announced the Cold And Black And Infinite US tour which will get under way with a pair of shows at the Comerica Theatre in Phoenix on September 12 and 14. The run will wrap up with a four-night stint at the Palladium in Los Angeles on December 7-12.

Trent Reznor and co will be joined by special guests The Jesus And Mary Chain.

Tickets will go on pre-sale directly from the venues’ box offices from May 19 – with the exception of Red Rocks for which the presale will take place on May 20 at the Denver Coliseum Box Office – in a bid to clamp down on secondary online sales.

Explaining the move, the band say: “The promise of a world made better by computers and online connectivity has failed us in many ways, particularly when it comes to ticketing.

“Everything about the process sucks and everyone loses except the reseller. We’ve decided to try something different that will also likely suck, but in a different way.

“We’re hoping many of you will be happy with the results, while some may do what they always do and bitch about it.”

Tickets will be limited to four per person on a first come, first served basis. Visit the tour website for a list of box office locations.

Nine Inch Nails Cold And Black And Infinite US tour