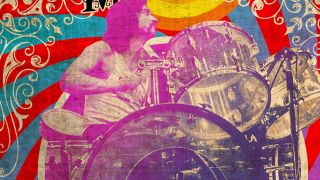 Nick Mason’s Saucerful Of Secrets have announced that they’ll play a handful of shows in London next month.

They’ll play material from early Pink Floyd albums The Piper At The Gates Of Dawn and A Saucerful Of Secrets – and the shows will mark the first time Mason has played live since the Olympic closing ceremony in London in 2012. He last performed as a member of Pink Floyd at Live 8 in 2005, although he did appear with David Gilmour at a Roger Waters Wall show in May 2011.

They’ll play a press night at Dingwalls in Camden on May 20, which will be followed by three shows at the Half Moon, Putney, on May 21, 23 and 24. Tickets are limited and will go on sale this morning at 10am GMT from the project’s website.

All ticket holders will require photo ID with their ticket for entry to the shows.

The Piper At The Gates Of Dawn will be released on 12-inch, heavyweight 180g vinyl to mark Record Store Day on April 21.