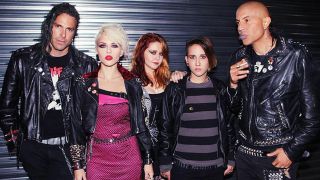 Budderside, Others and Barb Wire Dolls will be the first acts to release music on Motorhead’s record label.

Motorhead Music was founded by the band to help upcoming acts find their way in the music industry. In a statement, the label says: “They wanted bands to have access to everything they enjoyed, from production to studios to marketing to distribution – the full monty.

“Motorhead Music will continue to follow the mission statement as laid down by Lemmy and the boys. So if you want to support raw, exciting rock’n’roll, punk and whatever music is on the label, come one, come all. If not, don’t let the door hit yer arse on the way out.”

For full information on the label’s acts, visit the official website.