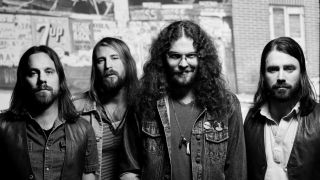 Monster Truck have premiered the video for their track Don’t Tell Me How To Live via TeamRock.

The song will appear on the band’s upcoming second album, which is expected in early 2016. The follow-up to 2013 debut Furiosity will appear on Mascot Records after the Canadian band penned a deal with the label.

Monster Truck will be broadcasting live snippets all this week via the Facebook Mentions app. Guitarist Jeremy Widerman says: “We’re gonna be showing you inside the van and the jam space.

“You can see what we get up to, which isn’t really that exciting but in case you were wondering, we’re gonna show you how fucking boring we really are.”