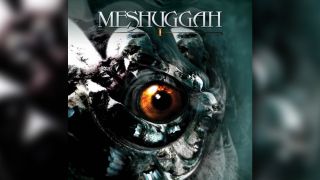 Meshuggah have launched a trailer for the remastered edition of classic one-track EP I.

It marks the 10th anniversary of the original release, and forms part of the band’s multiple milestone celebrations as they also play up their 25th year of existence.

The updated version will include two cuts from their upcoming live album plus a rare studio number recorded in 2003.

Drummer Tomas Haake says: “The 21-minute madness that is the song I is something we’ve always been extremely proud of. It wasn’t written in the normal sense, but recorded without anything more than guidelines as to what style we wanted each part to have.”

The EP is out via Nuclear Blast on September 26. Meshuggah have just launched a clip from their anniversary live DVD The Ophidian Trek. They play London’s Roundhouse on December 20 as part of a European tour.