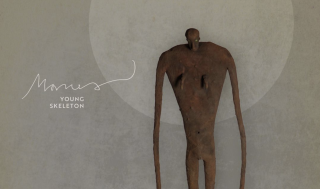 Norwegian atmospheric rockers Manes have premiered the video for their brand new single Young Skeleton with Prog. The band have previously been described by Prog as “a masterclass in how to blend electro and metal textures”. You can watch the video in full below.

"Young Skeleton, the title track of this new single, was a song we started making during the sessions for our last album Slow Motion Death Sequence," the band tell Prog. :As the song started to take shape, we knew it had something special, but that it wouldn’t fit the whole vibe of the album in a way. We put it aside, and forgot about it for a while. As we pulled it back up, along with other old (and new) stuff, Young Skeleton had this magical element to it (for us, at least) where it brought us to silence every time we heard it through. Like an anti-party quality. Maybe it could become a social distancing anthem!"

Young Skeleton will be released through After Math Music on April 18. It will be available as an exclusive bundle with a hand-numbered, marbled coloured 7″, t-shirt, tote bag and fully signed art card (ltd to 50 copies)  and as a vinyl 7″, white and marbled vinyl, limited to 150 copies.