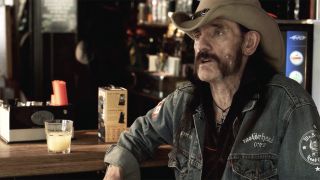 A documentary about the famous Rainbow Bar & Grill is to be released later this month.

It’ll be released on digital platforms on October 29 after Gravitas Ventures – a Red Arrow Studio company – acquired the worldwide rights to the Zak Knutson film.

The synopsis reads: “Since 1972, nestled near the western end of Hollywood's famed Sunset Strip sits The Rainbow Bar & Grill.

“While the world around it has changed dramatically, The Rainbow remains much like it did when it opened its doors.

“Legendary musicians such as Ozzy Osbourne, Slash, Lita Ford, Gene Simmons, Lemmy Kilmister in one of his final interviews, and many more, recount their stories from the iconic venue.

“Meet Mario Maglieri, Mikael and Mikey – the family who has owned the venue for three generations and dedicated their lives to preserving rock history.”

Founder and CEO of Gravitas Ventures, Nolan Gallagher, adds: “We are excited to release The Rainbow documentary as it is a true testament to rock and roll history.

“The iconic Rainbow Bar & Grill has been the home to many legends over the years and this is a must-see documentary for any music and sunset strip lover.”

The Rainbow is available to pre-order. Check out the trailer below.

In 2016, artist Travis Moore’s life-size bronze sculpture of Lemmy was unveiled at The Rainbow – the Motorhead vocalist and bassist’s favourite haunt.

It was commissioned after fans and friends contributed to a fundraising campaign following Lemmy’s death in December 2015.