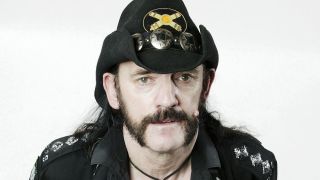 A former Metal Hammer journalist has revealed a personal message from Motorhead icon Lemmy Kilmister written 22 years ago, when he responded to an article she wrote about the dangers of heroin.

Pippa Lang contributed a piece to Metal Hammer in 1994, which resulted in Lemmy sending a handwritten fax containing his own thoughts on the matter.

She tells MetalTalk: “I wrote about the horrible consequences of taking the most heinous drug in the world – the junkie’s devolution into a social pariah as smack dominates his life above anything or anyone else.”

Adding that rediscovering the message “reduced her to tears,” she continues: “I want to share Lemmy’s letter with you, and I know he would approve.”

“It’s the most vile fucking drug in the world. And these fucking writers still glamourise it, and I don’t know why.

“Why is it romantic to turn into a cringing little shithead with unhealed sores all over your body, unwashed and stinking with a three-week-old needle and your teeth falling out?”

He added that he’d seen at least 300 friends become victims of heroin, and recalled one experience in London: “One guy went to Piccadilly to score, really hurting, and he came back to the cafe we were in, ran in the crapper to get well – and two minutes later came out the door backwards, his face black, his eyes rolled up, his tongue swollen so thick it wouldn’t fit in his mouth.

“Some bastard sold him rat poison, aka certain death, smiled at him, took his £8 and sent him on his way, knowing. Murder, right?

“And that’s who you’re dealing with. No, no, no. Don’t be a sap. Don’t ‘just say no,’ kick his fucking teeth in. He wants to fuck up your life and probably everyone else you know’s life too.”

Motorhead release live DVD Clean Your Clock – recorded weeks before Lemmy’s death in December – on June 10. His life will be celebrated at this year’s Metal Hammer Golden Gods with a performance by bandmates Phil Campbell and Mikkey Dee alongside Saxon.