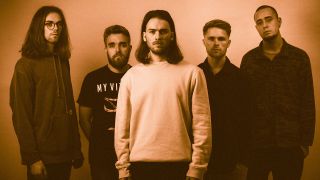 Young British prog rock outfit KOYO release their new single, Ostracised, today through 88 Watt Records. You can listen to the single below.

“We liked the idea of writing a song that manages to pull together both directions we’ve been going in, the wilder, more raucous side and the spacey, poppier side," singer Huw Edwards tells Prog. "It ended up being both one of the heaviest and catchiest songs we’ve ever written and kinda feels like our most “KOYO” song yet in that respect.

"Lyrically, let it be an anthem for anyone who’s felt disconnected or cut off from something, someone, maybe society or socially. I think a lot of the time that anxiety can simply exist within someone’s own head, but then spreads like a virus. I think people often kind of “ostracise” themselves, just from thinking they are, and it becomes like a vicious circle. For me, the best way of dealing with that is simply communication, and not dwelling on those insecurities but pushing forward.”

The band, who released their acclaimed self-titled debut in 2017, will release their second album next year.

"We’re influenced by a lot of the modern psych stuff that’s going on, bands like Tame Impala and UMO, and I had this sound in my head that was basically a darker, heavier take on that, but still with all the warmth from the synths and production - almost like a Deftones meets Tame Impala thing," adds Edwards. "I think Ostracised was the brain child of that idea, but it was Tom’s wild, Bonham-esque drum groove that kicked it off."

Ostracised can be ordered here.