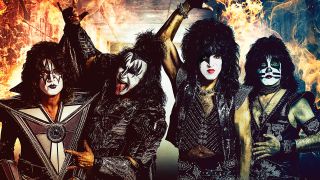 Kiss have been forced to make changes to their tour of Australia and New Zealand due to a bout of flu affecting Paul Stanley.

A statement on the venue’s website reads: “Due to a bad case of influenza, doctors have advised Paul Stanley to rest for the next few days and not to undertake the long trip from Los Angeles to Perth.

“With the expectation of Australian audiences high, Kiss don’t want to not give 100% and so have made changes to the Australian and New Zealand dates.”

All tickets and VIP passes purchased for the original show remain valid for the new date, with the start of the End Of The Road tour now taking place in Adelaide on November 19.

Last week, Kiss manager Doc McGhee revealed that former members of the band have been approached about the possibility of playing at their last-ever show, which will take place in New York on July 17, 2021.

The New York venue has still to be announced, with Kiss recently revealing the date along with a further run of 2020 tour dates.