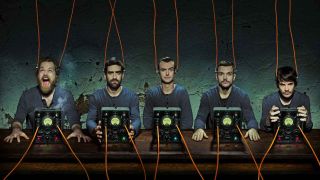 Australian prog rock legends Karnivool are to release their first three albums on vinyl. Themata, Sound Awake and Asymmetry will be released through InsideOut Music on December 6.

All three albums were originally pressed on vinyl for a limited run in 2015 and sold online only. The run sold out instantly and put all three albums back in the Australian album charts. With copies now exchanging hands at high prices on auction sites, the band have decided to give fans the opportunity to buy their records at a reasonable price.

Karnivool have just returned from India where they played their first international festival headline slot at NH7 Meghalaya. They will play the following Australian dates:

Looking to buy a new record player? These are the best turntables in the world right now, including the best budget turntables.