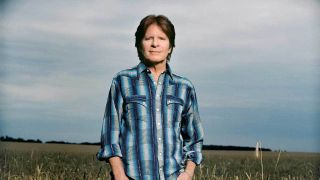 John Fogerty and the Steve Miller Band have both been confirmed for the opening night of Bluesfest 2018, which takes place across four nights at the O2 in London from October 25-28. Tickets cost £45 and go on general sale this Friday at 9am.

The show mark’s John Fogerty’s first UK performance since the former Creedence Clearwater Revival man played at London’s Royal Albert Hall as part of the Revival tour in 2008. The Steve Miller Band’s appearance will be their first UK show since 2012, and coincides with the 50th anniversary of their debut album, Children Of The Future.

“Of course it goes without saying that John Fogerty and Steve Miller Band are two acts that have been on our wish list for some time and we’re delighted to have confirmed exclusive shows with them for this year’s BluesFest,” says Leo Green, Director Of Live Events at Live Nation.

“BluesFest 2017 was a resounding success and I’m incredibly pleased with the progress we’ve made over the last seven years. Once again we’ll be at The O2 for BluesFest London and following the success of the inaugural BluesFest Dublin last year, I’ll be looking at increasing our international presence and expanding into a number of new territories whenever and wherever appropriate.”

The Story Behind The Song: Bad Moon Rising by Creedence Clearwater Revival