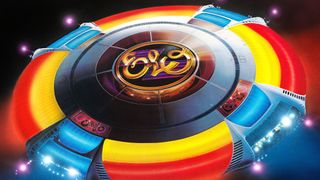 Jeff Lynne is one of rock’s more unassuming characters. Despite the 50 million sales, 15 Top 20 US hits and monstrously successful albums that together make the case for ELO being the most popular prog pop band ever, he still can’t quite believe anyone is interested in him or his music.

Case in point: when he cautiously ambled onstage for his first live appearance in almost three decades at 2014’s BBC Radio 2 Live In Hyde Park concert, he presumed everybody would have already left to catch the last train. Instead, there were tens of thousands still there, many of them in tears, singing along with every song and generally partying like it was 1979.

“I know, it was amazing,” he says. “That was fantastic. And I was really worried that there weren’t going to be many people there because I thought they’d have all gone home by the time we got on. But they hadn’t. So I was very pleasantly surprised. It went down an absolute storm.”

Lynne is aware of the possible ‘absence makes the heart grow fonder’ effect. For much of the time ELO were away – they released their last album of the original era, Balance Of Power, in 1986 – they were regarded in certain quarters as, at best, a guilty pleasure; at worst as the uncool bearded dads of rock, not to mention purveyors of 70s pop waffle.

But by the start of the second decade of the 21st century (even 2001’s one-off comeback album Zoom didn’t generate much press fuss, nor interest from the band’s label, who spent more time, money and energy promoting the TV-advertised Ultimate Collection, released a month earlier), Lynne began to find his work being reappraised, for the sheer ambition of the songwriting and scale of the production. He’s especially pleased that ELO are now being appreciated not just by those who were there the first time round, but by new generations as well.

“There were a lot of young people at Hyde Park,” he points out. “It wasn’t just people who bought the old albums all those years ago. It’s ever so nice to see all ages in your audience.”

In restaurants, people come up and shake my hand and say, ‘You’re my favourite.’ Nobody ever comes over and says, ‘Crap!’ So that’s a good thing.

It’s hard to believe now, but even in their pomp, ELO were reviled, first during the punk wars when their lush, ornate sound was anathema, and then during post-punk and new wave, when their bubbly confections were regarded as the antithesis of Joy Division et al’s sombre, deathly rattle. It’s really only in the last 10 years that they’ve had any decent reviews at all. “The last five years, I think,” Lynne corrects.

Right. Now it’s all ‘ELO invented this,’ or ‘Jeff Lynne influenced that…’

“It’s quite amazing,” agrees the erstwhile rock pariah. “It’s really turned itself around.”

Recently, ELO have even had their catalogue plundered for samples by everyone from Daft Punk to Snoop Dogg. “Yeah, I heard that,” he says, somewhat bemused.

Does Lynne ever wonder what ELO’s place is in the historical scheme of things? The missing link, perhaps, between The Beatles and Daft Punk?

“No, I don’t think so,” he laughs. “All you can do is make songs up and hope that somebody else will like them. And then, of course, when they start selling vast amounts, you start going, ‘What the…’ It’s like, ‘This is amazing, I’ve got to keep trying this lark.’”

Whatever he’s doing, it’s working. Alone In The Universe by Jeff Lynne’s ELO came out towards the end of 2015 and wasn’t just hailed as his best long-player since his heyday, but it was a commercial success too, entering the charts at No.4 and going platinum, ELO’s first such disc since 1981’s Time. But then it’s hardly surprising, considering the record is chock-full of classic Lynne melodies and exuberant sonics. “Ah, thanks mate,” he says, sincerely humbled.

As with ELO’s best albums past, it includes an impressive number of styles: Beach Boys harmonies, Roy Orbison balladry, descending Beatles chord sequences, reggae rhythms, electro pulses – it’s a record collection in miniature.
“You know what? I like variety,” he offers. “I like to do different things and think of new ideas all the while. If you don’t, well, that’s it, really.”

Did he know he’d made a great album this time? “Well, I did when I finished it and played it to lots of friends,” he says, self-deprecating at every turn. “I had them over for a listening session, got them a bit tanked up first – just in case – but they would all go, ‘Wow, this is the best thing you’ve done for years and years.’ I thought it was too.”

Jeff Lynne in admission-of-excellence shocker! What kind of reactions does he get around Los Angeles, where he lives?
“In restaurants, people come up and shake my hand and say, ‘You’re my favourite.’ Nobody ever comes over and says, ‘Crap!’ So that’s a good thing.”

Does it drive him mad, getting pestered for selfies? “No, it doesn’t happen that often,” he says. “I’m not that well-known, really.”

Maybe because he has always allowed the music to hog the limelight while he takes a back seat. Does Lynne see any constants in his work - say, from the lovely No Time (from The Move’s 1971 album Message From The Country) to the latest album’s One Step At A Time?

“Yeah, I suppose there is,” he muses. “I have my certain chords that I love, that make me go, ‘Ooh, fantastic.’ When it does that to me, I know I’m on the right track.”

Another constant in Lynne’s work, and it’s very much there in the title (and title track) of Alone In The Universe, is the idea of being lost in space, a long way from home, longing for something or somewhere.

“Yes, well, I picked up that sad song thing from Del Shannon and Roy Orbison,” he concedes. “I knew Del Shannon very well. He was my first favourite. And Roy Orbison was too, and his songs were mainly sad. I used to love those songs and be, ‘Fuckin’ ’ell.’ Sometimes sadness is the greatest thing to listen to. Because you can hear; if you’re feeling sad, it’s like, ‘I’m happy now ’cos that’s exactly how I feel.’”

Helping to stave off feelings of isolation will be the forthcoming ELO tour – according to Lynne, the biggest concert tour he’s ever undertaken. He’s currently preparing for it, “practising like mad” and deciding which songs from his substantial catalogue to include. He intends to go back as far as Roll Over Beethoven, although he doubts whether there will be too many of ELO’s more prog forays in the set – no eight-minute From The Sun To The World (Boogie No. 1) or 11-minute Kuiama. Shame.

“There isn’t time, really,” he apologises. “We’ve got so many to play. If I played all of them, the show would be about three hours long.”

He describes it as “this big, giant tour”. It’s a measure of the scale of ELO’s 1978 Big Night shows that people continue to talk in reverent tones about them. So how big are we talking about regarding the 2016 dates? Surely nothing to match the aforementioned stadium extravaganza with its 50-foot, fibreglass, £100,000 spaceship doing a convincing impression of the craft in Spielberg’s Close Encounters Of The Third Kind thanks to its 500 lights and hydraulic lifts. Lynne recalls that it “took two days to set up”.

“It will look great – we’ve got these huge LED walls,” he says by way of reassurance of the latest presentation, still the kid from Shard End amazed to even be part of something remotely this spectacular. “It will be kinda like Hyde Park was. Only more so.”

What’s that, a hint of hubris? Still, after all these years, all the ELO hits – and similarly high-charting compositions and productions for Roy Orbison, Tom Petty and George Harrison – Mr Modest must acknowledge that he has a magic touch?

“Well, I must have a good ear,” he says, then pauses for comic effect. “Just the one, mind.”

Alone In The Universe is out now on Columbia. Jeff Lynne’s ELO are currently touring the UK. Visit the website for more information.