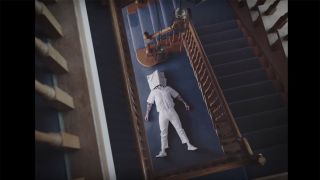 UK outfit Idles have released a video for their brand new single Colossus.

The song is said to be a “blistering two-part takedown of toxic masculinity” with the promo directed by Will Hooper.

The song is expected to feature on the band’s second album – the follow-up to 2017 Brutalism, with the band reporting in February this year that the new record has been completed.

Asked by DIY if he felt they were under pressure to keep the momentum going on the band’s second album, frontman Joe Talbot said: “Initially there was pressure, and that’s negative energy.

“If you listen to compliments then you become inflated. What you are is continuous – I’m not suddenly a better musician because someone’s told me, I’m still what I was before. It doesn’t matter what people think about your album in the sense of an analytical thing; that’s not why you do it.

“You don’t do it to be told your value. You do it because you love making music or writing a diary or being cathartic. That album was about grief and it helped us become a better band and it helped me get over a death, so that’s what it was about.

“And as soon as you remember that and go back to that again, you realise that all the accolades in between are just meaningless.”

Last year, Talbot paid tribute to his late mother by having her ashes pressed into a limited vinyl run of Brutalism.

The singer said at the time: “I’ve had her ashes pressed into 100 vinyl to symbolise just how important she was to this album, to this band and of course to me and my drive to exist in the most loving and honest me.”