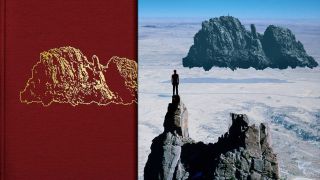 Prog magazine editor Jerry Ewing has announced pre-order details for the deluxe edition of his upcoming book titled Wonderous Stories: A Journey Through The Landscape Of Progressive Rock.

The publication provides an in-depth history of progressive music – from the origins of the genre, through the glory years of the late 60s and 70s, to its contemporary resurgence led by artists including Steven Wilson and Opeth.

The book is introduced with a foreword written by Steve Hackett.

Jerry says: “Like many fans of progressive music, I have been frustrated by various media portraying the genre as if nothing happened after the 70s glory years.

“One only has to look at the success of Steven Wilson this year to see that this is patently untrue. So I was always intent, despite the mammoth task of covering 50 plus years of music, that this book brought the story of this inventive and emotional music as up to date as we could.”

The deluxe edition is strictly limited to just 600 copies and has been designed by Carl Glover. It’ll feature more than 450 images and is presented in a clothbound cover inside a rigid hardboard slipcase.

Wonderous Stories will come with a bound-in certificate of authenticity, signed and numbered by both Jerry and Carl, along with an 8 x 10 art print.

Wonderous Stories will ship in early December for pre-Christmas delivery. To order, visit the book’s PledgeMusic campaign, the Flood Gallery or Burning Shed.