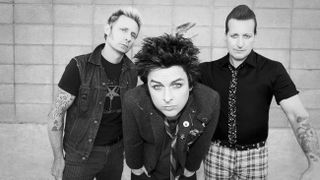 Green Day have been announced as the first headliner for 2017’s British Summer Time gig at Hyde Park.

The punk icons will perform at the London venue on July 1, 2017, for the fifth in the annual festivals which have previously been headlined by Black Sabbath and The Who.

Green Day frontman Billie Joe Armstrong says: “London in the summer, us and tens of thousands of fans having the biggest party in one of the world’s most legendary venues. We have the best year to look forward to and this has just made it extra special.”

Support acts will be announced in due course and tickets for the Green Day show go on general sale from 9am on October 7 (Friday) via TeamRock Tickets.

Hyde Park is one of London’s eight Royal Parks. The summer concerts help fund the upkeep of the Royal Parks.

“By attending BST, fans not only get to see the best artists from around the globe but by enjoying themselves are providing vital funds which go back into maintaining this amazing park.”