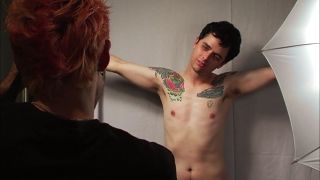 Green Day have released a trailer for their movie Heart Like A Hand Grenade, which tells the story behind 2004 concept album American Idiot.

The “lost” documentary is set to be screened across North America on October 15, with a DVD launch expected afterwards.

Director John Rocker says: “After the recording was finished they booked a small theatre and performed the album in its entirety, which is in the film.

“Fun fact – this was 11 years ago and the camera phone wasn’t invented, so this is the only way you can see the concert.”